Home > blog_items > Why Teleoperation Is A Game-Changer For Workforce Productivity

Why Teleoperation Is A Game-Changer For Workforce Productivity

Companies should be pairing up their employees with robots to boost labor productivity.

Workforce productivity has stagnated in many sectors around the world. In some, like construction, productivity today is roughly what it was 40 years ago, or even worse. 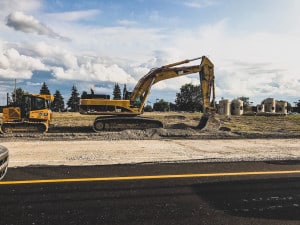 In the meantime, technological progress has skyrocketed in various fields. Computing power, connectivity, data availability, machine learning techniques, and sensors are all fields that have grown by leaps and bounds, and that enable automation.

Everywhere — from hiring and customer support, to the actual manufacturing, handling and transport of goods — automation is rising.

This fundamental mismatch — stalled evolution in the human workforce, and unprecedented evolution on the side of technology — spells a kind of dystopian outcome. However, while the underlying forces behind these trends are, in certain geographies, inevitable, they can allow industries to revive workforce productivity in the world’s wealthiest countries.

Demographic and Economic Forces at Play

In some countries, three particular trends are rising that will make automation inevitable: an aging workforce, high wages, and digital infrastructure. They are bound to enable the adoption of automation and similar technologies.

Countries like Japan, Sweden, Germany — some of the wealthiest and most educated in the world — face these demographic, economic and technological trends.

Let’s take the example of Japan.

It is one of the wealthiest countries in the world — and also the oldest. The share of its population over the age of 65 was one tenth in 1990, and is now one quarter. By 2040, it will be more than one third.

The Japanese workforce has consistently ranked among the highest-paid in the world, even despite stagnation and some deflation over the last 30 years. This naturally incentivizes companies — both the developers and the consumers of technology — to find ways of substituting worker time with machines that can accomplish the same task. Nowhere are these forces stronger than in higher-wage countries like Japan.

Additionally, the Land of the Rising Sun has maintained its leadership as an innovator in various fields. The advances in key technologies, the availability of highly-skilled engineers, and strong IP protection laws have consistently guaranteed that the country can adopt and deploy new technologies ahead of most of the world.

From construction and agriculture to transportation and logistics, countries like Japan and Singapore (with a younger workforce, but far more limited physical resources), and others, will need to drive greater and greater automation in order to stave off existential threats to their industries and overall economies.

But while autonomy can (and will) become more ubiquitous in the future, it can sometimes promise and under-deliver — whether it is in time-to-market or in bottom-line impact.

Teleoperation can allow a remote driver to monitor and assist 10 vehicles (or more, depending on a few factors) over the course of a single shift — an order of magnitude increase over the standard 1:1 ratio that drivers today are bound to. What if the next two decades could be viewed as the two decades in which humans went from operating a single car, to the period in which they could support 10 times that amount?

Similarly, what if port operators, tractor drivers, train operators, miners, and construction workers, could all lay claim to such productivity improvements? 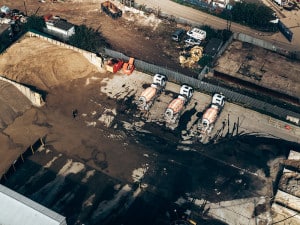 Human-supervised automation can keep industries alive in Japan and support the future growth of wunderkinds like Singapore. Likewise, what if the construction in the United States could become a more productive sector? What if manufacturing, warehouse operations, and mining, all benefited from a symbiosis between smarter machines and a workforce with a solid foothold in economic boons to come?

Do you have the stamina to change the face of mobility?